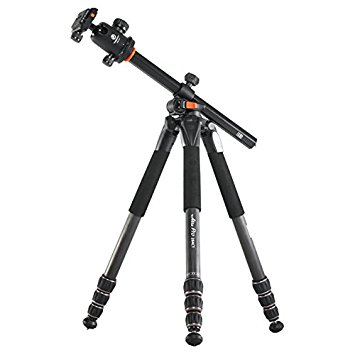 The number one thing I can say about tripods is that you should not, under any circumstances, go to Walmart and buy the first one you see (unless its an emergency) thinking all tripods are equal. That will be your biggest mistake.  I’m speaking from experience in this matter, it makes a HUGE difference when you get a tripod of quality.

My first tripod I bought was from Walmart. I remember thinking that it would be fine and that all I needed it to do was hold a camera, why should I spend excessive amounts of money on a tripod when I can get one for $35 or less? Well, there are a variety of reasons actually, but the one that I am going to draw attention to is safety, and by safety I mean safety for your camera.

I used that Walmart tripod for a few years and things were okay. A d5100 and kit lens are very light for a dslr so I didn’t have any problems or concerns. However, once the tripod had some mileage on it, it began to show (architecture school is very unforgiving on cheap tripods). Towards the end of using it I feared for the safety of my camera when mounted. It got to a point that I was in the middle of a shoot and I couldn’t continue because of this fear.

After quite a bit of research I decided to go with the ever popular, versatile, and relatively inexpensive tripod: the Vanguard Alta Pro. Beside it being one of the highest rated tripods under $200 dollars, it was also said to have excellent durability (a handy feature), stability, and it has a very unique center column configuration that allows it to move 180 degrees without moving the tripod legs. 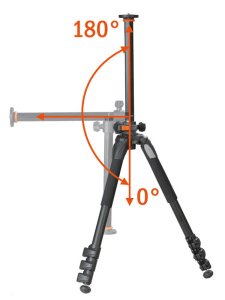 They weren’t kidding when they said it was durable. Compared to the Walmart tripod, there was no competition. I no longer fear for the safety of my camera when shooting in all sorts of conditions. I have been shooting with it for a little over two years now and it has handled everything I have thrown at it. It even went to Iceland with me, and the weather there there is no joke.  The winds can get so strong that they have to put a warning sticker on the rental cars there to remind us.  That wind was not an issue with the various leg positions giving it very good stability in high winds. I did some focus stacking photos when I was there and I was glad I had such a stable tripod.

The ends of the legs also have captive (they won’t come unscrewed) rubber feet that screw up to reveal metal points for planting your tripod in softer surfaces for even more stability.

The included ball head mount it good too (It can come with various mounts, I got mine with the ball head). Coming from a cheap pan head, it’s a god send to have something of decent quality.  It allows for rotating without moving the ball and the ability to angle the camera at 90 degrees from the center column, perfect for shooting star trails.

The only two downsides to this tripod that I have experienced are that the stability and strength come at a trade off. It is a heavy item to carry for its size and the legs don’t collapse as far as I would like. On a few instances these drawbacks have discouraged me from taking it with me as I had limited space. That only really matters though if you are looking to carry it long distances (as I was those few times) and even when you do, it does come with its own case with carrying strap. If you are looking for a very portable tripod that is lightweight and collapses down fairly small, this one isn’t for you.

Overall I have loved using it. Being able to adjust the center column like that is a huge plus if you want to get that unique angle. It does a good job at most everything and is an extremely stable tripod. Regardless this is one, if you are on a tight budget, to take a serious look at. You won’t regret it I promise.